Where are ‘Bigger Trees near Warter’

The location is approximately 2 miles from the village of Warter, it is also a mile away from the Kiplingcotes Race Course, usually recognised as the oldest horse race in the UK. The house in the picture is called Dalton Gate Cottage and has a feature in the Daily Telegraph here.

View Larger Map
David Hockney visited this location a couple of miles from Warter to paint the famous painting called ‘Bigger Trees near Warter”  in 2007.  Because the painting measured 15ft x 40ft it was necessary to paint the subject using 50 canvases.

Using a combination of painting in the open air and taking digital photography Hockney created the painting in sections to make up the huge painting.

The painting was painted just before leaves appeared on the sycamores and features a number of sycamores but is dominated by one main tree which appears on 30 of the panels.

The painting was completed in a 3 week period during March 2007 before the arrival of spring and was shown for the first time at the Royal Academy in May 2007.

In April 2008 Hockney donated the painting to the Tate Gallery. 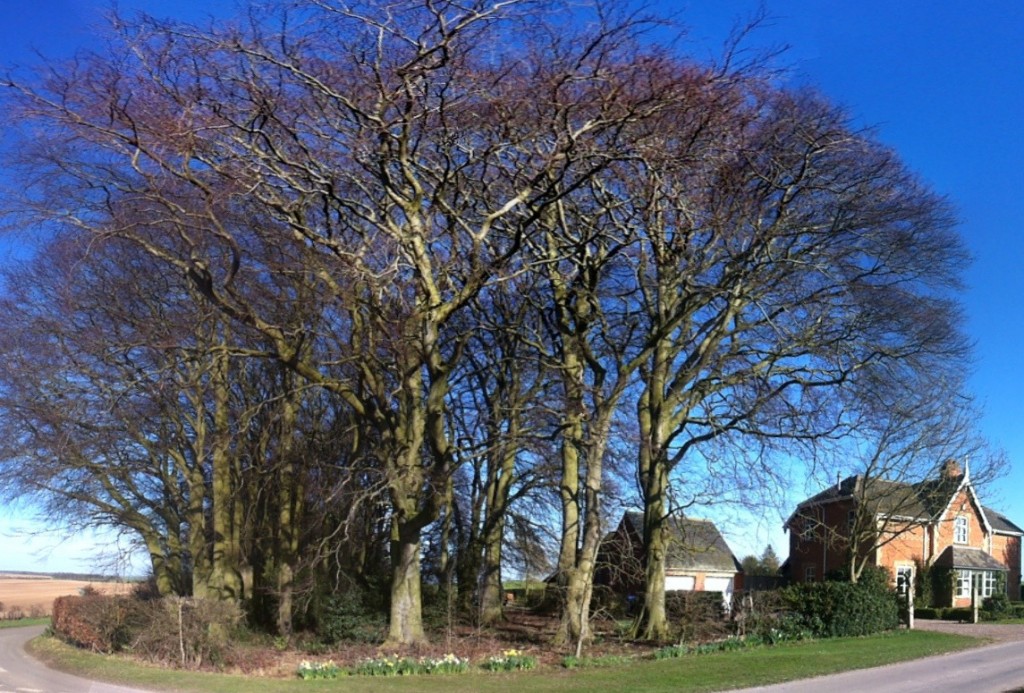