Where is Hockney Country ?

‘Hockney Country’ better known as the Yorkshire Wolds is one of the most beautiful parts of the UK countryside. It makes an ideal location for a holiday among the rolling hills and hidden dales that make up this part of East Riding of Yorkshire. With an area of around 420 square miles, the Yorkshire Wolds has many places to explore.

North Yorkshire may have the North Yorkshire Moors National Park and the Dales, but we have our own gem in the form of the Yorkshire Wolds and Heritage Coast. Among the valleys and hills nestle places of interest that the tourists have not found yet. There are market towns including Beverley, Market Weighton, Pocklington and Malton and the seaside resort of Bridlington where David Hockney currently resides.

The area has a good selection of restaurants offering fine dining with local produce and some Michelin Starred pubs. Accommodation wise there is a wide selection of family owned hotels and guest houses.

The Yorkshire Wolds are low lying hills composed of chalk in the counties of East Yorkshire and North Yorkshire in northern England. The Wolds begin on the banks of the River Humber near the Humber Bridge and widen out into a broad arc finally reaching the sea at Flamborough Head, north of Bridlington. 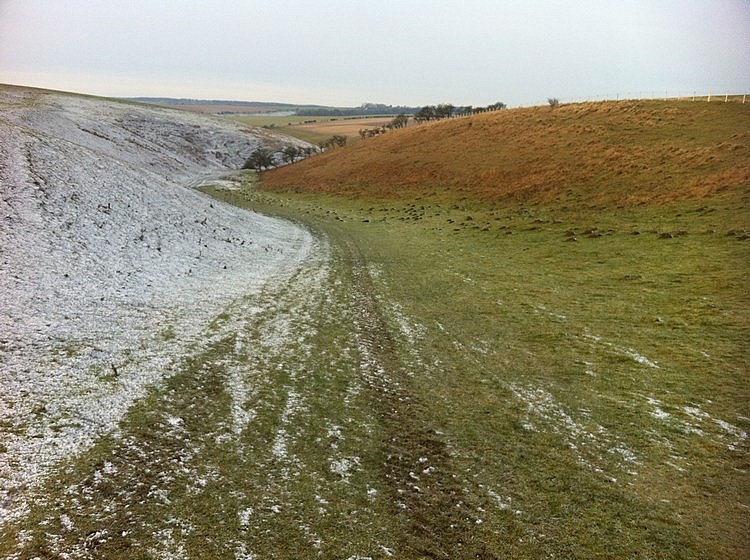 The most noticeable feature of the landscape is a lack of water courses. The valleys that can be seen were formed by the last ice age when there was a huge ice sheet covering much of Europe.

The highest part of the Yorkshire Wolds can be found at Garrowby Hill on the A166 Driffield to York road where they reach a height of 807 feet, or 246 metres.

The landscape while appearing natural, is man made with carefully cultivated fields edged by neat hedgerows and managed woodland areas. The largest woodlands are to be found on the northern and western escarpments of the Yorkshire Wolds.

The area where David Hockney created many of his works of art for the exhibition ‘A Bigger Picture’ at the Royal Academy are some of the most scenic parts of the Yorkshire Wolds and could easily take a full day to explore and look around taking in restaurants, pubs and cafes on the journey towards the coast along the Hockney Trail. 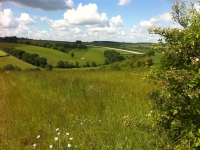 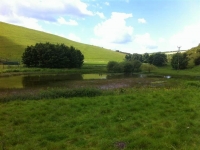 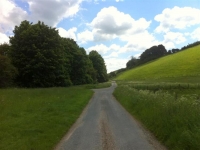 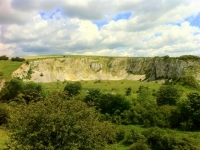 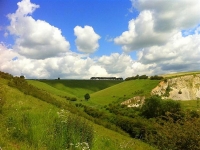 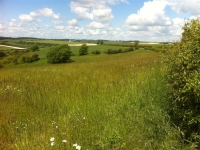 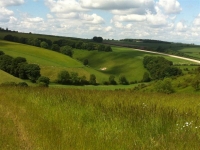 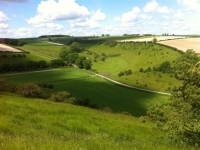 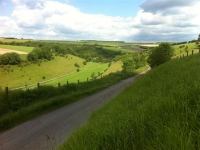 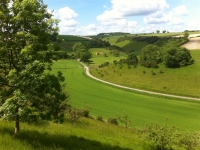 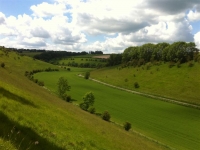 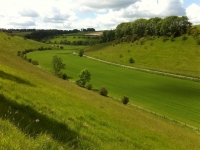 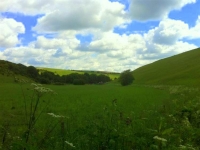 The Pipe and Glass at South Dalton. Winners of the Michelin Pub of the year 2012.

“Wow… a country pub where the cooking is so beyond pub level you can’t believe it!”; James and Kate Mackenzie’s “lovely” converted inn is “well worth a special trip”, thanks to its “friendly, chatty staff” and “sublime” food that’s the result of “lots of skill and imagination”