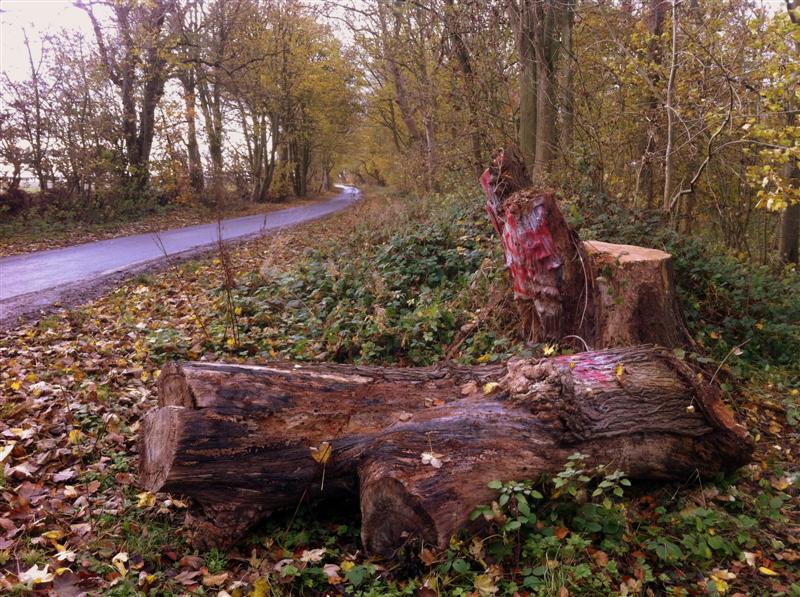 The famous Hockney Totem has been felled on Woldgate near Bridlington.

The 12 foot tall tree stump lies where it fell at the teeth of a chainsaw on the woodland floor of Woldgate Woods.

Recently the same tree stump was vandalised with car spray paint, and now it is no more.

It is unknown at this time why or when it was cut down, but it is thought that it was probably done overnight.

Famed for its appearance at the Royal Academy, the Guggenheim and Museum Ludwig in Cologne, the painting of the tree stump was immortalised in a painting called ‘Winter Timber’ and a number of other paintings which featured totems. 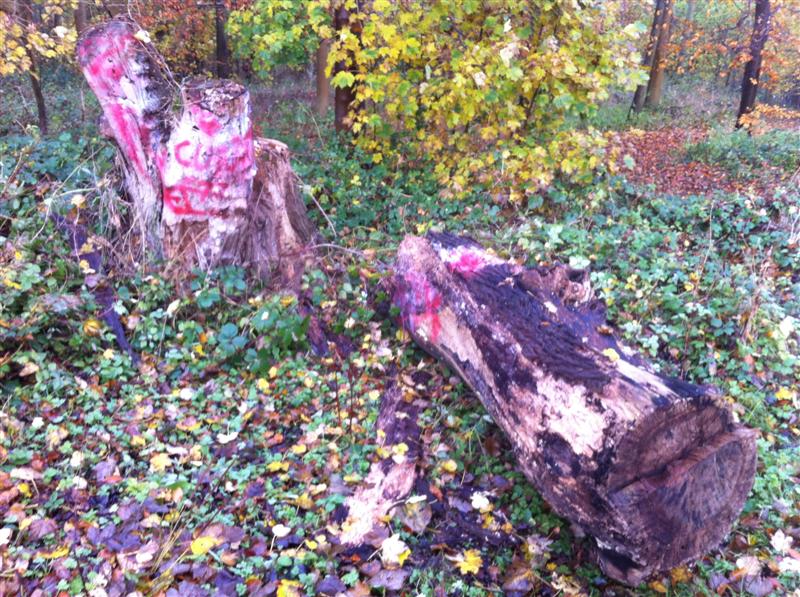 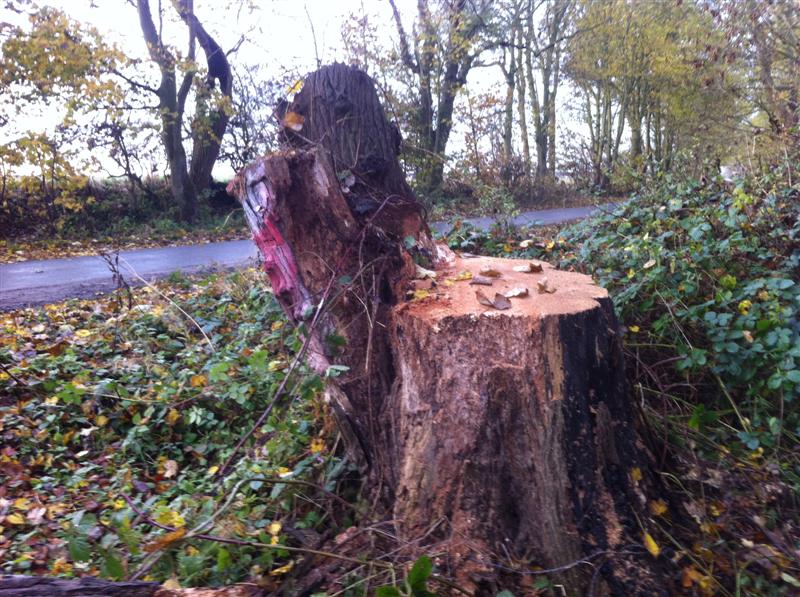 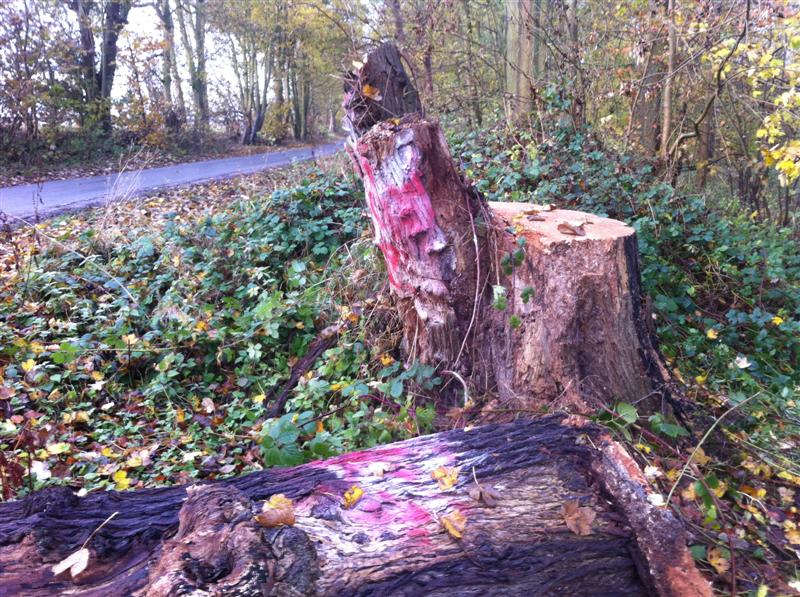 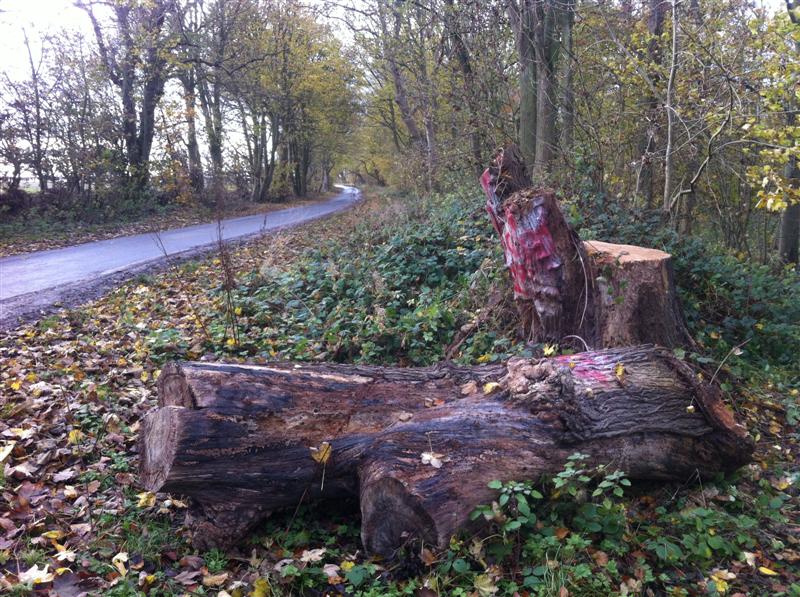 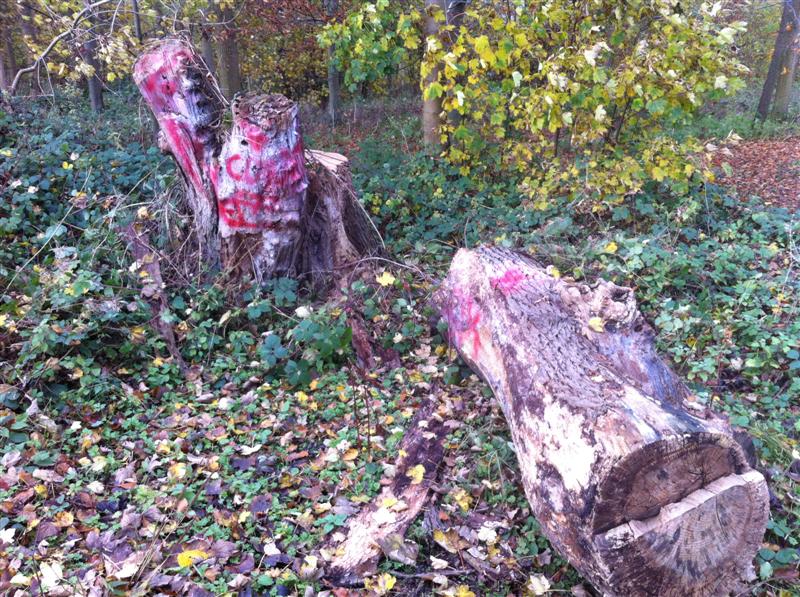 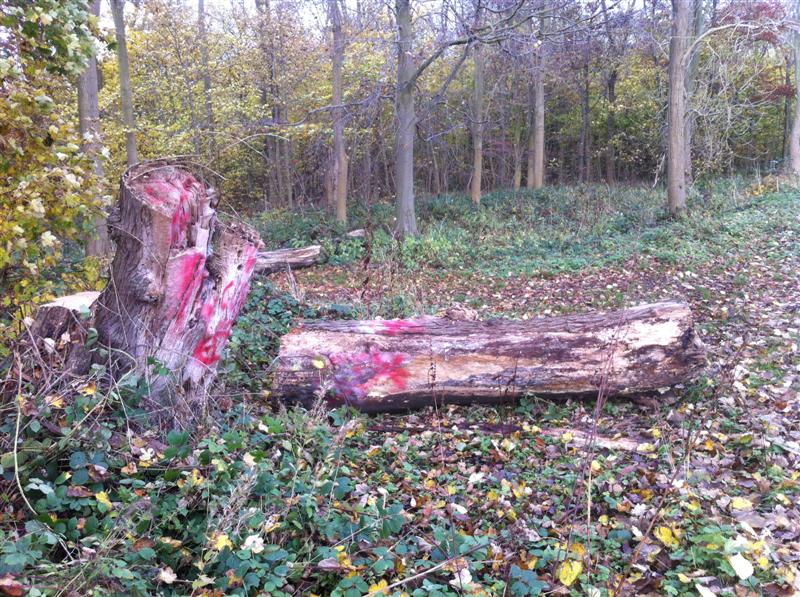